Paint and Coatings are a universe of options and complexities. Fortunately for the steel fabricator the scope is limited by the requirements. Priming forms the basis of the coating system and often that is the only coat the steel will receive. Most of our customers prime steel in red or gray. Some of the miscellaneous and ornamental fabricators choose black. A few, for marketing purposes, choose their own color, such as green or blue to stand out on a job-site so anyone seeing the steel knows it was their work. Regardless of the color the basic primer has one function. Prohibit rust until the structure is enclosed.

Coating selection is often left up to the fabricator with plans indicating "Shop-coat," or calling for a specific manufacturer but allowing for "Or Equal." The Steel Supply Company standard shop coat is Krylon Industrial Primer. It is easy to apply, dries quickly, is VOC compliant and provides a solid, rust inhibitive coating.  Krylon is recognized by architects and contractors around the world as a consistent quality primer. Their technical department is skilled at assessing paint specifications and can assist with cross over determinations if an " Or Equal" is desired.

By far the factor that will have the greatest impact on performance and longevity is Surface Preparation. Applying primer over rust, oil, grease or any contaminant will shorten its viable lifespan. While rust, dirt and mill scale are visible one contaminant that is not is water based lubricant residue. Often used for cutting or drilling, water based solvents can dry or be wiped away but leave a residue that an oil based primer can have trouble penetrating. This can be corrected with a simple hand wipe down using lacquer thinner.

For the fabricator seeking a simple, well prepared surface SSPC 2 or 3, is usually adequate. The difference between the two being hand cleaning vs. power hand tools. Both will produce a reasonably clear surface and when followed with an SSPC-1 wipe down with Lacquer thinner the steel surface should be ready to accept a shop-coat primer. 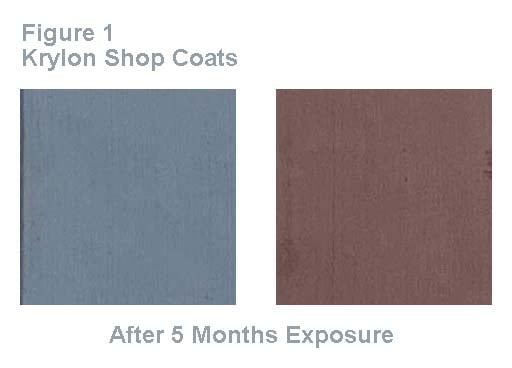 Figure 1 shows two test pieces that were left outdoors from February 5 to today, July 5, 2019. They were prepared as described above.  The plates are still exposed and we will leave them out until the test has concluded, meaning until the coatings decay and rust is apparent. In the meantime they serve as an excellent example of the benefit of surface preparation.

Application environment also contributes to longevity in steel coatings. Temperature and humidity both play a role in curing time. Product data sheets will indicate a temperature range the primer may be applied at, and a maximum relative humidity.

Drying time is always a concern for the fabricator but they should understand the tradeoff. The solvents that evaporate out of the primer causing it to dry contain VOC's (Volatile Organic Compounds) which are considered pollutants. Controlled under state law many states have elected to enforce a limit of 340 gm/l (2.84 lbs./gal). As manufacturers have come into compliance with these regulations dry time has increased, however each year Krylon has improved the relationship between VOC's and drying time. As laws by state do vary and are evolving continually it is recommended the fabricator become familiar with the regulations as they apply to their area.

Here is a list of Krylon VOC Compliant Shop Coat Primers. Call for a Quote Today !